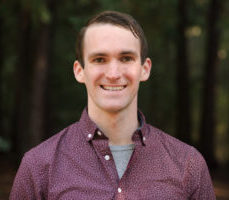 If you saw our pre-print version (posted in June, when we submitted out paper; “v1” on the arXiv page), then a few things have changed since then. The most major changes have been:

On a more general note, I’m really happy how feedback from our arXiv posting supplemented the formal peer review from the journal. By posting our article at submission-time, rather than a journal acceptance-time, we got a lot of useful comments, which we could incorporate into the final accepted version.

You May Also Enjoy

Just had my first day at Microsoft in Sunnyvale as a fulltime data + machine learning scientist. Looking forward to this new phase of my career!

Successfully defended my thesis today! Still have some revisions to factor in, and I want to get another paper submitted before graduation, but it’s nice to have the title of Doctor.

My most recent paper has been submitted to MNRAS and is now up on the arXiv:

I’m excited to say that I’ll be in Bellevue, WA this summer, working at Microsoft as a Data Science Intern.